The Healing Power of Friendship Grows With Age 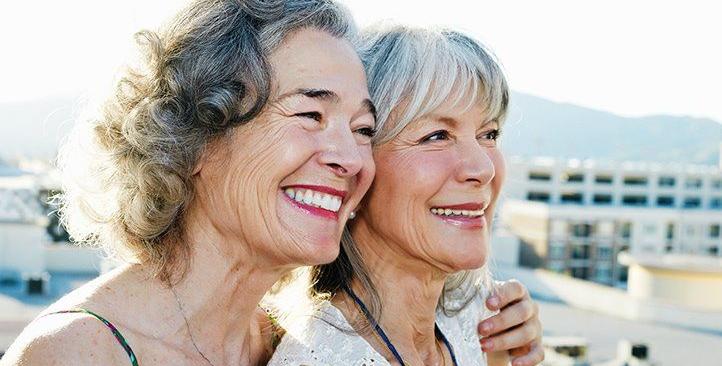 Having a few good friends — or many — has always been golden. And as you age, those friendships may become even more important.

If you’re in your sixties or beyond, friendships aren’t just the social glue and glitz of life: As you get older, good friendships can dispel loneliness, improve your health, boost your sense of well-being, and even add to your years.

Researchers defined loneliness as lacking companionship and having feelings of isolation or not belonging. Those who reported loneliness were nearly one and a half times more likely to die during the six-year follow-up. In addition, people who were lonely were less likely to be able to do simple daily tasks and activities, such as walking around the block, dressing and showering, and carrying objects as light as 10 pounds.

If you’re not the type to have many friends, be assured that quality may be more important than quantity, says Rosemary, an alumni distinguished professor at Virginia Polytechnic Institute and State University in Blacksburg, and an expert in human development and aging. If you have at least one person who understands you — a friend you feel you can tell anything — that’s enough to contribute to your feelings of well-being, she says.

Social interaction, regardless of how many friends are ideal for you, helps keep your thinking and cognitive skills sharp, Dr. Blieszner says. “People who are socially isolated and not stimulated are the ones who tend to have lower cognitive ability in old age.”

Besides keeping your mind fit, friends can help with your physical health, too. “Friends encourage you to eat well,  to get your checkups and exercise, and to go to the health club or play with your dog,” Blieszner says.

“There can be a connection between the health habits you’re making and how that might be influenced by friends,” she says. If they’re healthy and encourage you, you gain benefits.

Friendships May Change With Age

As the years go by, not everything stays the same. These three facts about friendships, and how they (and you) may change with age, can be helpful in navigating twists and turns along the way.

You may become more tolerant of quirks. If you’ve got longtime friends, Blieszner finds, you’re likely to hang onto them. “Older people seem to be more tolerant of idiosyncrasies,” she says. Suppose a friend has an annoying habit, like eating with her mouth full. Younger people might ditch that friend quickly, she finds, but older adults may be more likely to look at the whole picture, reasoning that that friend has many redeeming qualities, too.

You can expect to be dumped, or to dump.  Norman Abeles, PhD, a professor emeritus of psychology at Michigan State University in East Lansing and a former president of the American Psychological Association, tells older adults to be aware that the friends who met your needs in your thirties, forties, or fifties may have different interests and needs now. “The other person may outgrow you,” Dr. Abeles says. And that’s okay. After all, you can draw on your by-now honed skills at developing friends. “You don’t necessarily have to have all-lifetime friendships,” he says.

Friendship is a two-way street. “It’s important to maintain friends, but it doesn’t have to be equal all the time,” says Abeles. He warns against becoming overly invested without getting enough in return. Likewise, he says, it’s crucial not to lean too much on one friend. “Reciprocity is a very important factor,” he says. A big difference in the balance of give-and-take in the friendship is not ideal. “You can’t be waiting for the other person to call you and they don’t call you. Have a scope of friends,” he recommends. “Don’t depend on just one or two.”